Every technology has begun to improve people’s lives, although since the origin and emergence of a user-centered system. AR (Augmented Reality) has ushered in a rapid transformation in the gaming industry. Despite the economic difficulties caused by the Covid-19 outbreak, the worldwide online gaming sector is booming. In the previous two decades, the gaming business has undergone some significant changes. The emergence of games like Sony’s PlayStation VR and Epic Games’ Fortnight has resulted in the development of a virtual place for people to socialize, bringing high-definition virtual reality into our homes and offices.

Specifically, since the launch of Google’s Android operating system, the gaming industry has exploded in terms of growth and popularity. Countless people around the world use their smartphones to play a variety of games. A fictitious universe is placed into the gaming environment in Augmented Reality. Pokemon Go, for example, functioned flawlessly and served as a role model for the AR games industry. In fact, it provided game creators with the foundation for incorporating augmented reality into their gaming features. Hire Augmented Reality App Development Company

But, what AR has to offer for the gaming industry? Let’s find answers to this question in this blog. So, let’s go!

With the advent of Augmented Reality, there’s always a demand for improved and better equipment. AR gaming consoles will provide better responsiveness and feedback, allowing users to delve deeper into the gaming environment. Furthermore, because AR improves the user’s reaction, decreasing hardware latency, these consoles will have a superior response and feedback mechanism.

In general, AR gaming refers to the usage of graphical technologies and sound in the gaming world, with users wearing equipment such as head-mounted displays, gloves, or glasses as part of their experience. AR gaming equipment makes use of HD TV capabilities as well as sensor reception apparatus to combine many instances at different points, effectively converting outdated wired game controllers into modern wireless reception devices.

How Big is Augmented Reality in the Gaming Industry?

The worldwide augmented reality gaming market is still in its development, but it is expected to transform the gaming technology industry in the next few years.

Augmented Reality has a lot of potential and can do a lot of things. It has already proven to be a high-energy, forward-thinking technology. By seeing the attention it receives from top AR/VR developers, we can extrapolate its global expansion and reach.

It is important and well-known among many Mobile App Development Company in Chicago that provide a variety of gaming apps to the market. Keep obsessing over the avatar on your computer screen.

As you’ve seen the scope of AR in the gaming industry, now let’s check

How is Augmented Reality Dominating The Gaming Industry?

In the gaming world, AR creates a rich experience for players by allowing them to feel as though they are intimately engaging with the digital environment. By matching up with your senses, augmented reality refers to the digital augmentation of an existing real-life scene.

It allows them to spark the interest of millions of players all around the world and provide them with a remarkable experience. It creates and uses real-world computer objects to provide a fascinating and engaging experience.

Let’s look at some of the use cases of AR in the gaming industry!

#1. The Realism of Games is Increasing

The introduction of virtual and augmented reality, as well as Cognitive technologies in games, has aided the development of 3D visualization techniques tremendously. Artificial intelligence is rapidly being used by game producers to handle problems like reality similarities and improving the overall look of their games. In the hereafter, games will be able to analyze a situation and determine the best option in real-time.

Gamers have always desired to interact with characters instantaneously. Real-time character experience, either as a superhero or a soft toy, is a godsend.

AR is a technology that has made people’s dreams come true. It is now possible to enter the virtual universe. AR gives consumers a mesmerizing experience by allowing them to interact with characters in real-time.

These days, gamers pay close attention to both the type of graphics utilized in a game and the tiny aspects that contribute to the overall appearance of the game. Gaming designers pay close attention to the graphics and visual look to ensure that the game seems engaging and genuine. Artificial intelligence allows for real-time scenario customization, which, when combined with a wonderful gaming experience, keeps gamers addicted to the game.

AR gaming consoles will provide better responsiveness and feedback, allowing users to delve deeper into the gaming environment. Furthermore, because AR enhances the user’s reaction, decreasing hardware delay, these consoles will have a superior response and feedback mechanism.

Potential gamers can benefit greatly from augmented reality during gaming tours at any esports event or conference. If they can look at space ahead of time, they’ll be less likely to be frustrated when they arrive. Visitors can take a 360-degree tour using their workstations.

As you’ve seen the impact of AR in the gaming industry, now let’s check,

Location-Based AR: New Trend of AR in The Gaming Industry!

Using GPS technology, as well as a built-in gyroscope and digital compass, location-based AR adapts to the user’s present location. The location-based augmented reality application works in tandem with modern gadgets that have sensors. When an individual plays an AR game, the mobile device’s sensors transmit queries to the game’s server that specify the user’s geo-markers, allowing the server to detect points of interest and build virtual material for the users to communicate within the actual world.

The gaming market is particularly one of the most in-demand. Days are gone when games were viewed solely as a form of amusement. Individuals now take gaming very professionally. AR has proven to be among of the most lucrative and useful technologies for bringing digital innovation and technological change to life. It is a superior technology that allows gamers to digitally experience the real-life world.

Hire React Native Developers to produce more original and creative products for the market. As a fantastic technology, Augmented Reality is functioning admirably and transforming the gaming edifice into a crucial battleground. 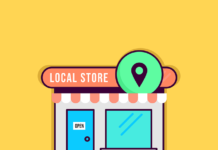 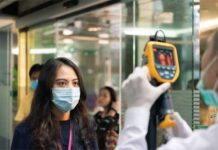 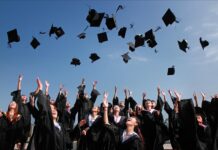 How To Choose Best Institute of Management And Entrepreneurship Development In Pune? 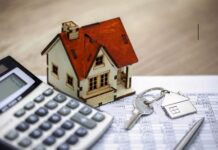 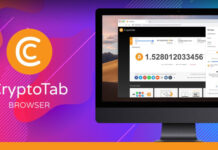 What Are the Types of Industrial Fiber Optic Solutions?

How To Choose The Best Web Hosting For Your Magento Development?